The Blizzard of ’08: Where’s Global Warming When You Need It?

Al Gore is full of sh*t!

There, I said it. I’m on record as saying it and I’ll say it again. Not immediately, but when the time is right.

I just spent over ninety minutes shoveling up to three feet deep of snow in places, just so I could get to church on time Sunday. Church as since been canceled and since I am currently working from home I really don’t have anywhere to be, but now I have the option of driving there.

Mostly an upper Midwest event, but even NASCAR in Atlanta had to be delayed due to snow.

Okay that’s just a few instances of cold weather, but if replacing light bulbs with those cork-screw dealies, and driving Priuses is the only way to keep the icecaps from melting, the oceans from engulfing our costal cities and to stop movies like “The Day After Tomorrow” from being produced.

Now either these environmental wackos are extremely effective and they have overshot their cause or this new trend of global cooling has solved everything or the whole premise of human activity widely affecting the global climate is totally ludicrous!

I vote for the latter.

Recently it has been confirmed by scientists monitoring the global temperature of the Earth that the past century of warming has been negated by the last twelve months of cooling. Also keep in mind we’re dealing with fractions of degrees here.

Al Gore and his crew will contend that industrialization of the western world has produced an excess of carbon pollution. This carbon pollution is a greenhouse gas that is causing the Earth’s temperature to ruse.

In a rebuttal to his movie “An Inconvenient Truth” the BBC has produced a documentary entitled “The Great Global Warming Swindle”. This documentary is more about science than advocacy and calls out the political motivation of Al Gore, Greenpeace and the rest of the environmental movement.

To repudiate Mr. Gore the researchers contributing to this BBC Production claim that while there is a coloration between carbon in the atmosphere and temperature change, environmentalists have the relationship backwards. Independently studied ice core samples, when compared with temperature records show that it is the temperature increase that comes first, before the carbon is released into the atmosphere.

This makes more sense than the supposed “Greenhouse Effect.” Think about it, what is the hottest thing in our solar system? Yes, the Sun (we would have also accepted Jessica Alba in a bikini as an answer)! The Sun is known to have a variance in it’s solar output, usually measured in the formation of something called sunspots. Astronomers have studied these for years, and the coloration between sunspots and temperature is amazingly accurate.

So where does the carbon come from? If you also look at commercial activity before during and after the “Little Ice Age” – a period of global cooling between 1600 and 1900 – shows that much more wealth was created in the warmer periods before and after, not during the cold snap. Progress and prosperity happen during warm times. Simply put: Life likes to be warm. Case in point, there are more species of life in the tropics than you find near the poles.
What happens is that when the earth warms, life prospers. Carbon being a byproduct of life (I’m currently creating carbon at the moment by exhaling) increases because there is more life on the planet during global warming.

There has been a lack of sun spot activity this year, and all of a sudden it’s cold! How cold? Well, here are some photos of the Blizzard of ’08. Enjoy! 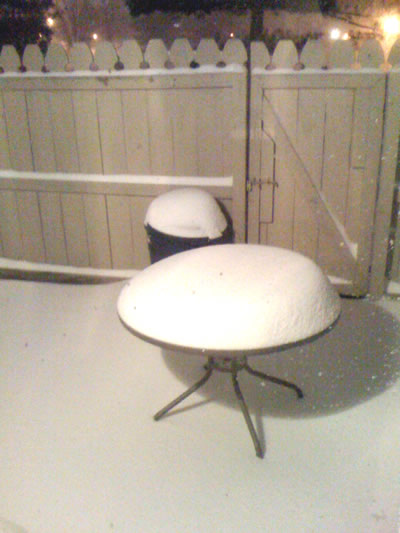 Friday night after much of the first wave had finished 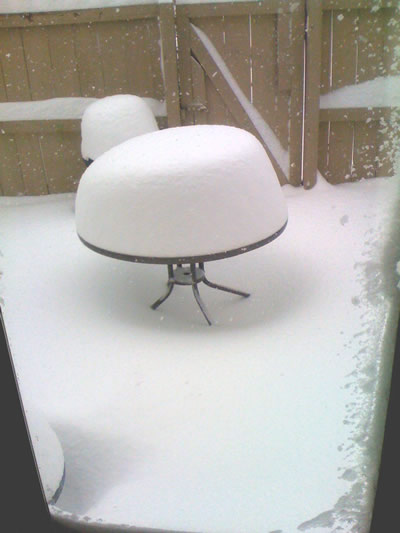 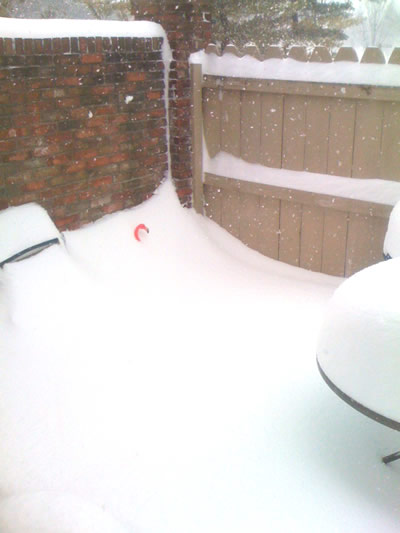 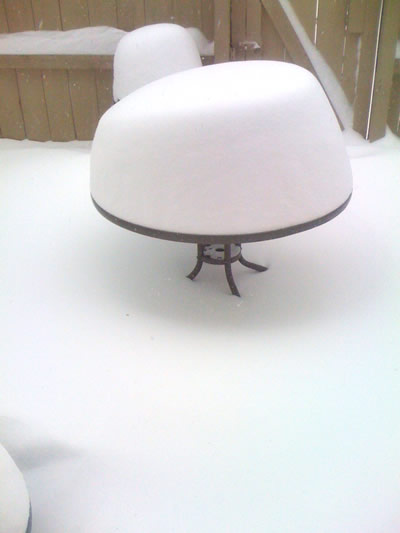 And it just keeps coming! 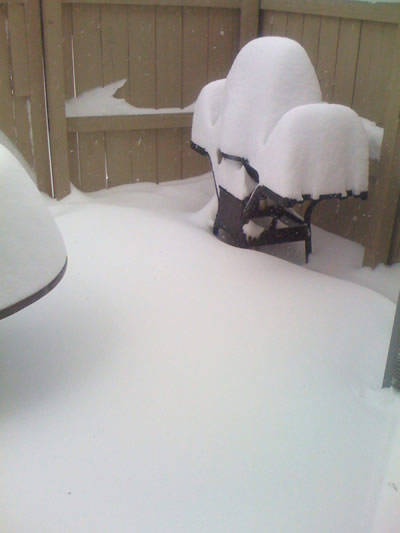 I think we're going to have to cancel the BBQ! 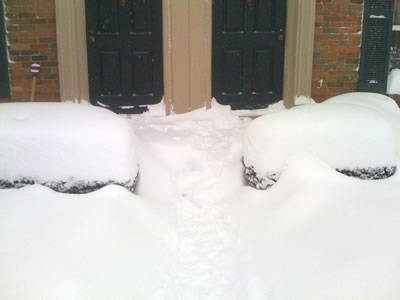 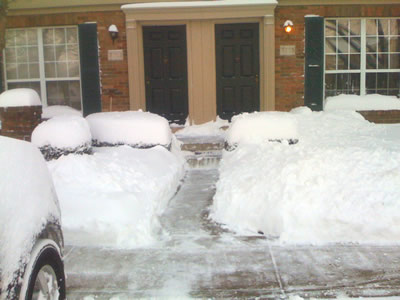 That wall is a good three feet high! 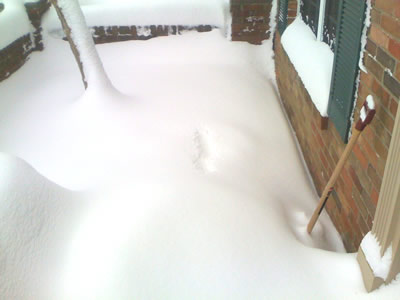 Ironic, I have to dig out my shovel. 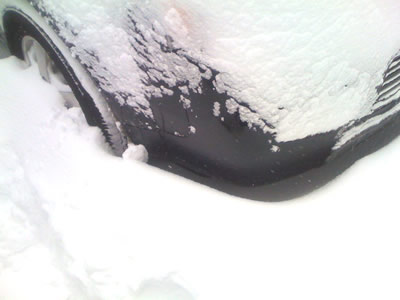 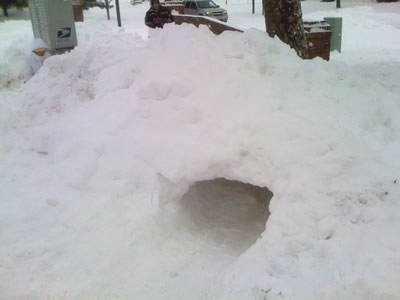 The children of the neighborhood built a cool snow fort with ice caves. 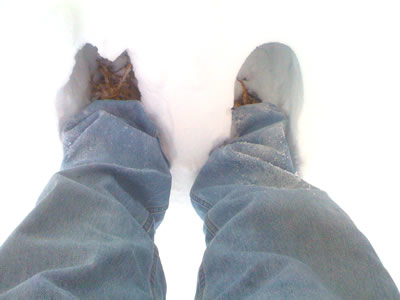 Had I actually had my feet touching the ground the snow would easially be up to my knees!
Posted by azoric at 5:07 PM 5 comments: